Energy, Fun, The Next Level and Collaboration. Those are the words the speakers used to describe Merkhuis.

Merkhuis at TripleO Campus in Breda was officially opened last week. The new multi-tenant building was developed in no time. The first tenants have already made the building their new home, so it’s time for a party.

The success of the various multi-tenant buildings on the TripleO Campus and the continuing demand for space called for a follow-up. Merkhuis stands between the other buildings. This has made it part of the heart of the campus. By accommodating growing and established companies and organizations together in Merkhuis, meetings and collaborations are stimulated. This was emphasized during the official program for the opening of Merkhuis. Speakers Chiel van Dijen (Commercial Director Kadans Science Partner), Boaz Adank (Alderman Economic Affairs of Municipality Breda), Stephanie ter Borg (Director REWIN) and Joris Jaspar (Finance & Supply Chain Director A Brand New Day) gave their view on cooperation at the TripleO Campus and how Merkhuis was established.

For A Brand New Day, Merkhuis is the next step of the company. A new start. Started in Blushuis, they kept expanding to more spaces in the building. Now they have a beautiful new home on the second and third floors of Merkhuis. “I have already visited and I love how you walk into a building and immediately get a sense of what the company is like,” said Boaz Adank.

The official opening was of course celebrated with champagne. An official Commandeur Sabreur of the  Confrérie du Sabre d’Or showed how to really sabre a bottle of champagne, after which Chiel van Dijen, after his attempt, could call himself an official sabreur.

Afterwards the Kadans Summer Event for the entire TripleO Campus took place. The delicious summer drinks were provided by A Brand New Day. See below an impression of this beautiful afternoon! 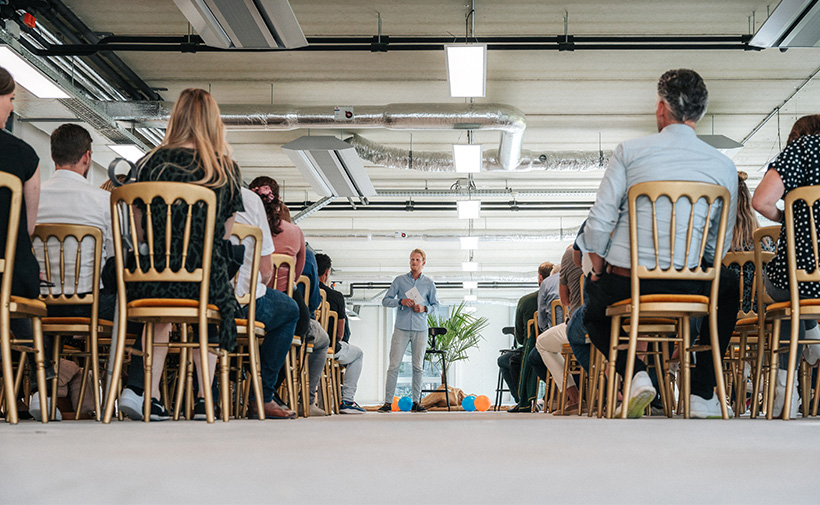 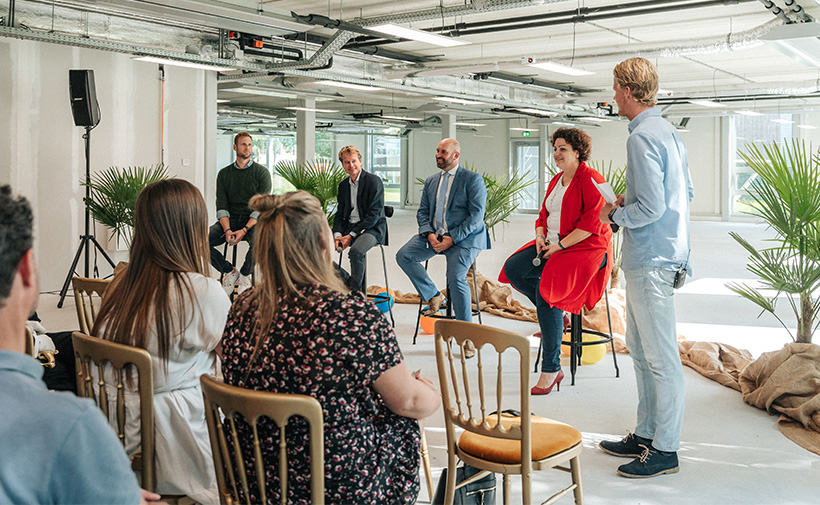 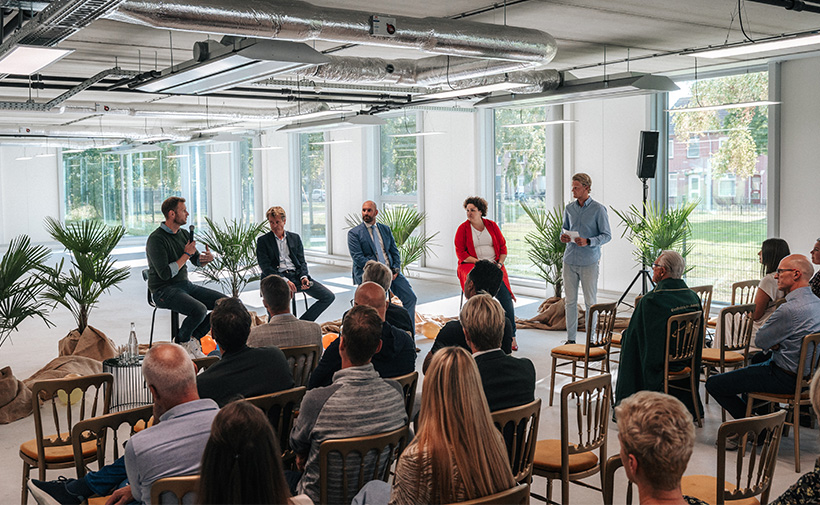 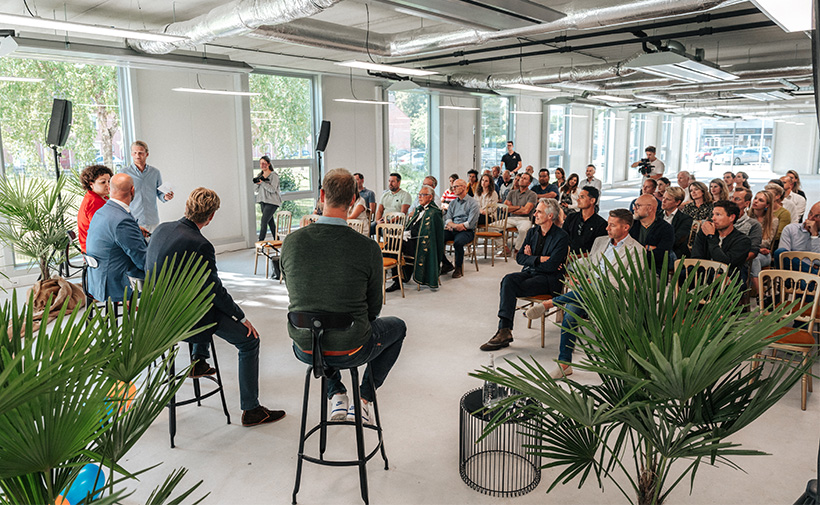 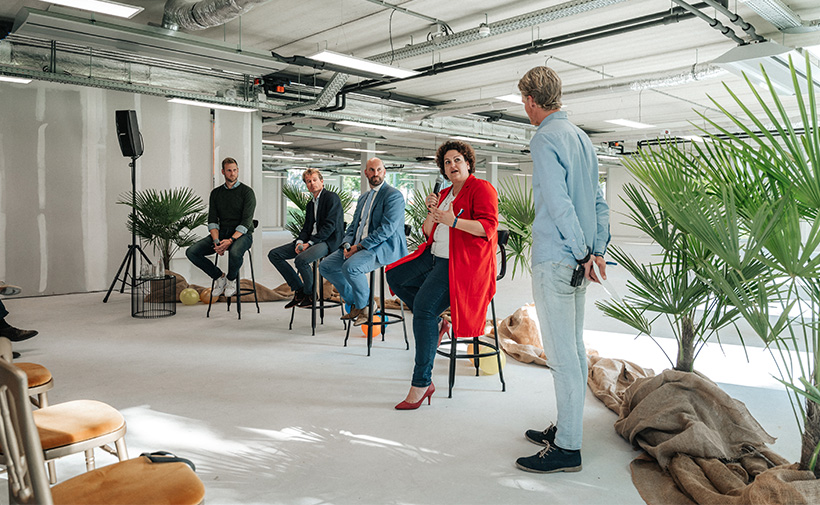 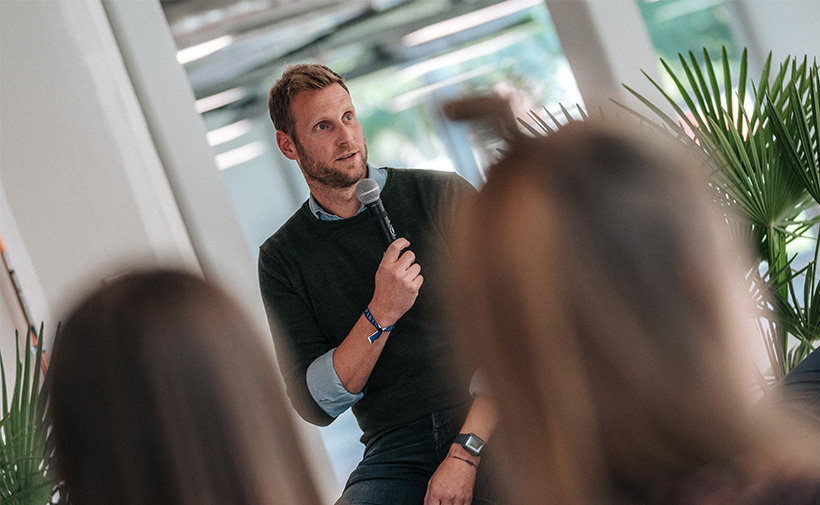 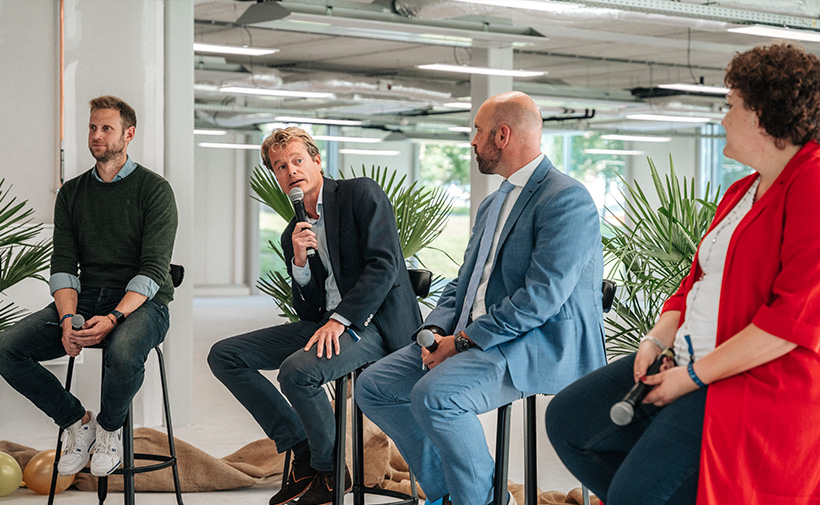 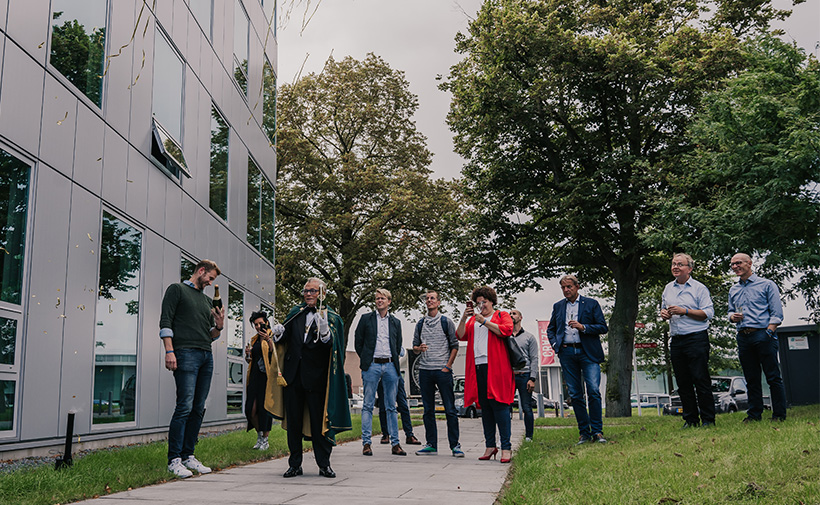 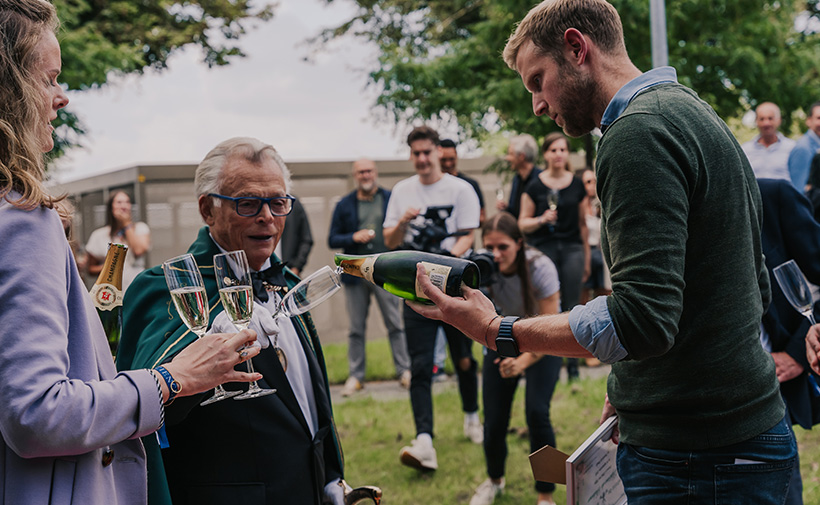 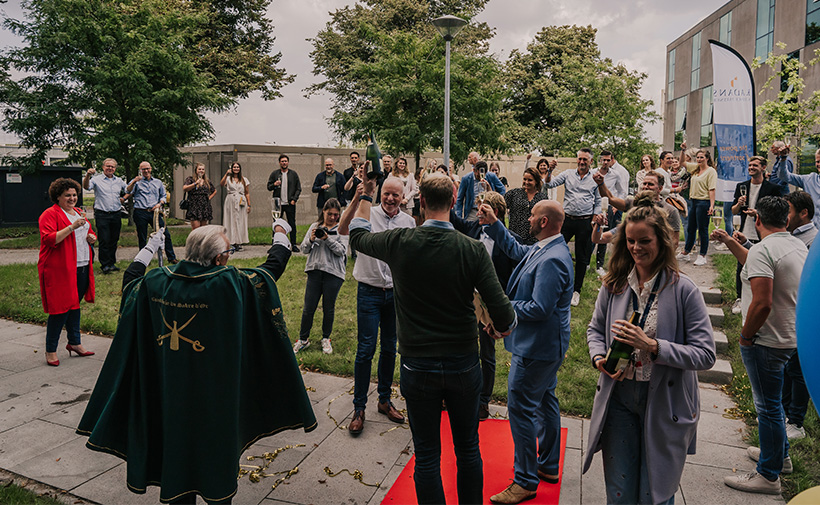 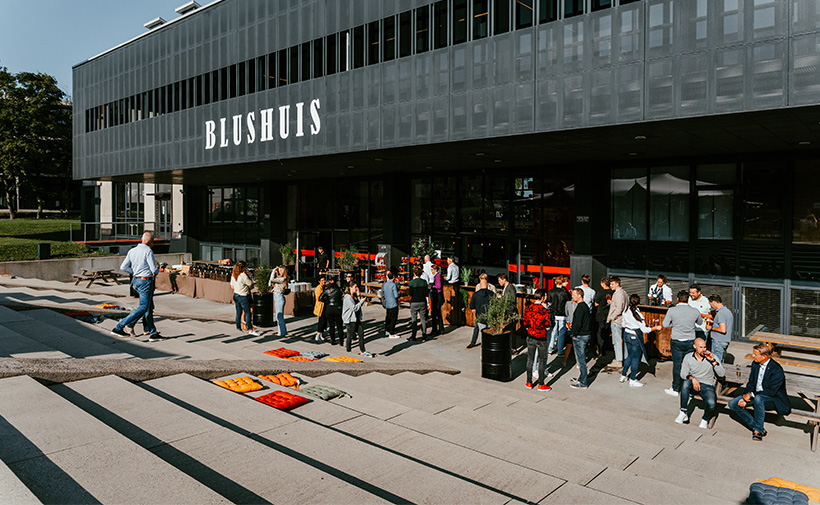 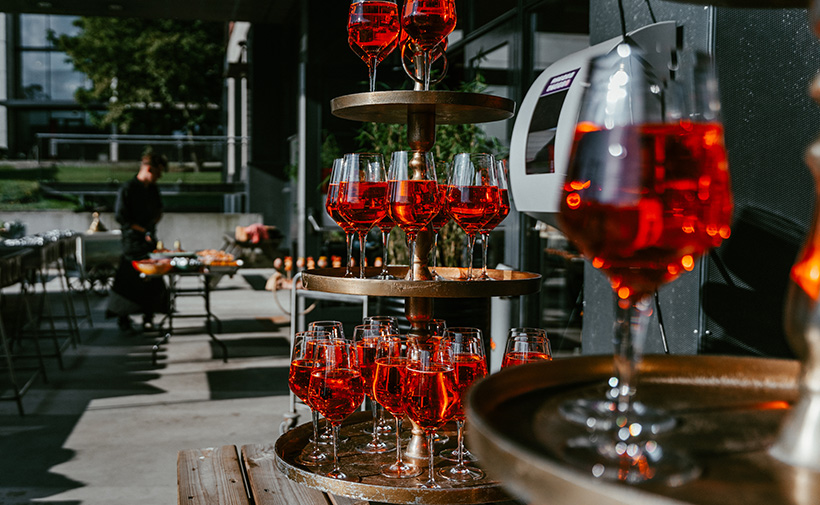 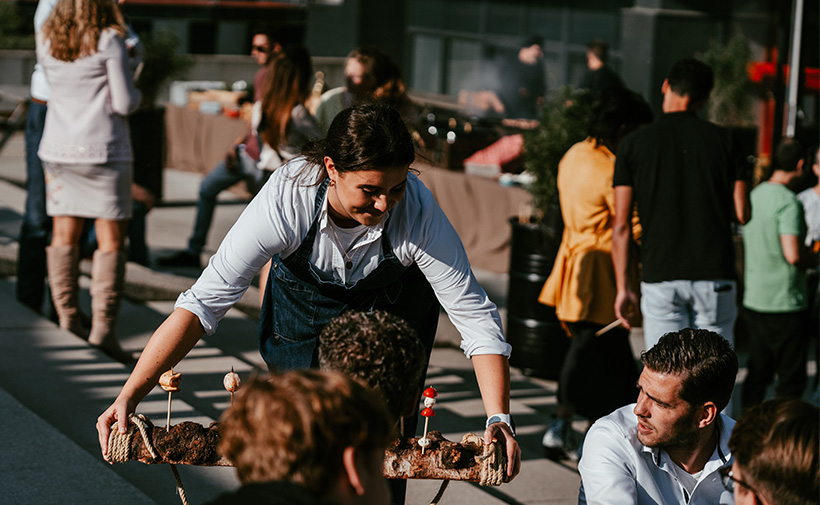 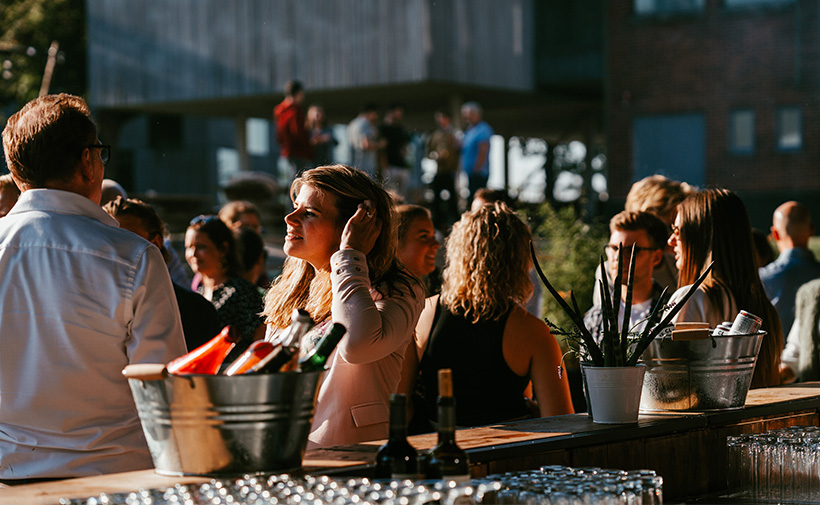 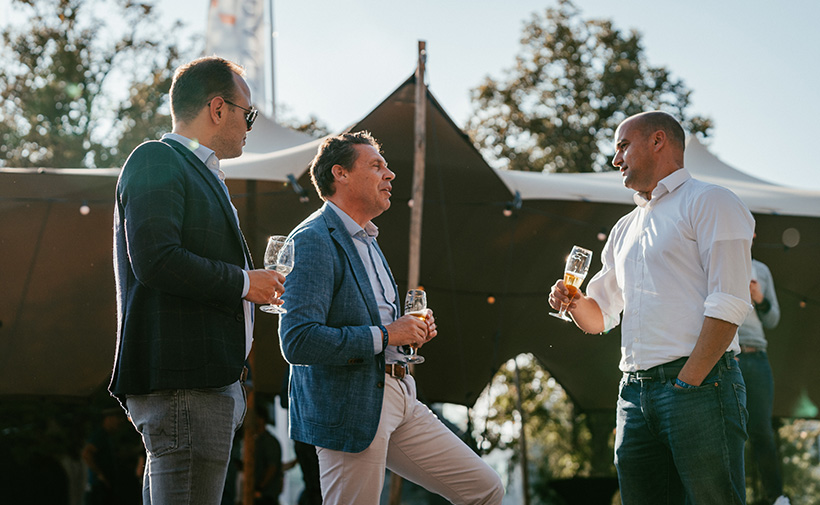 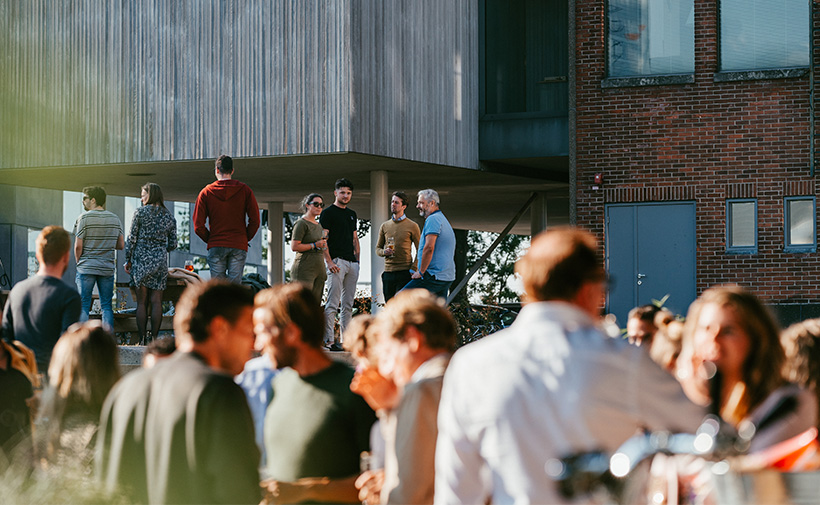 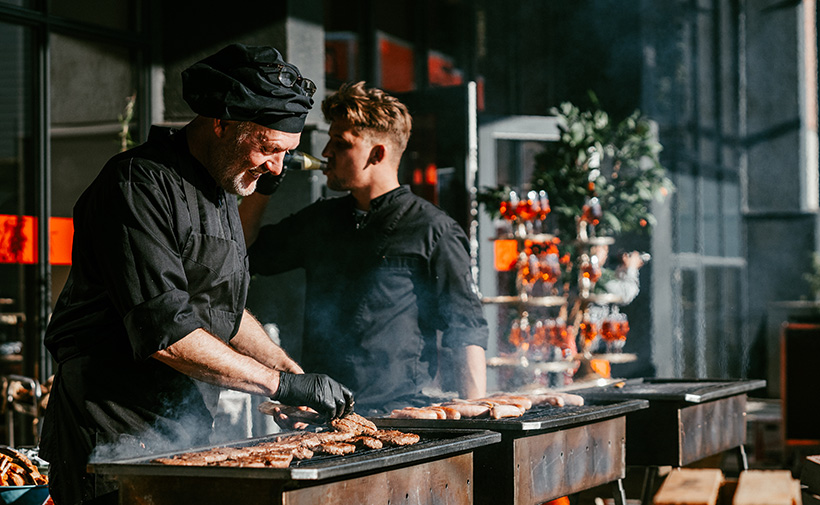 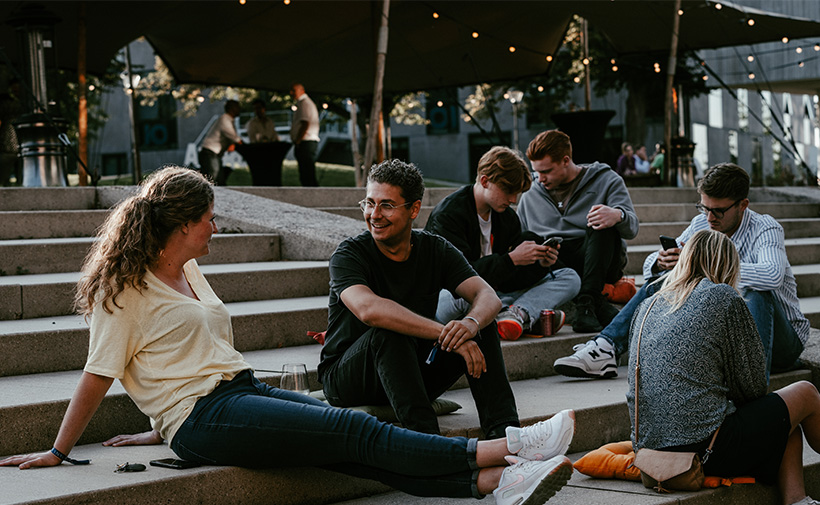 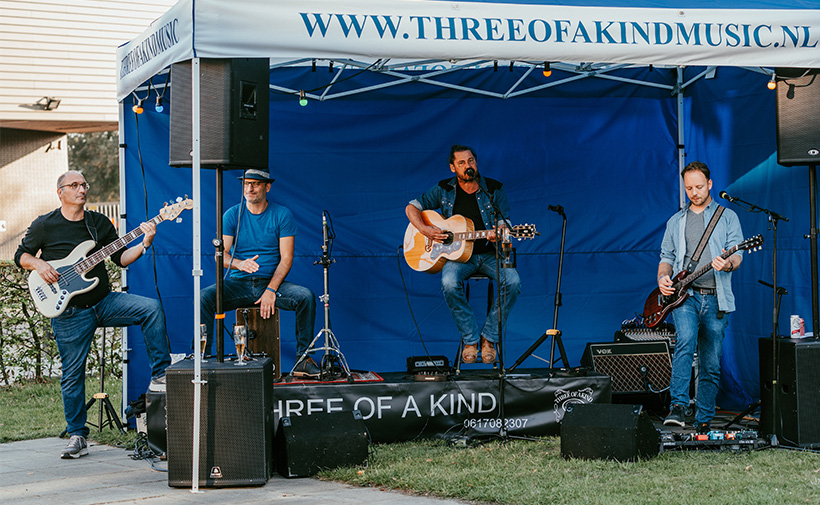 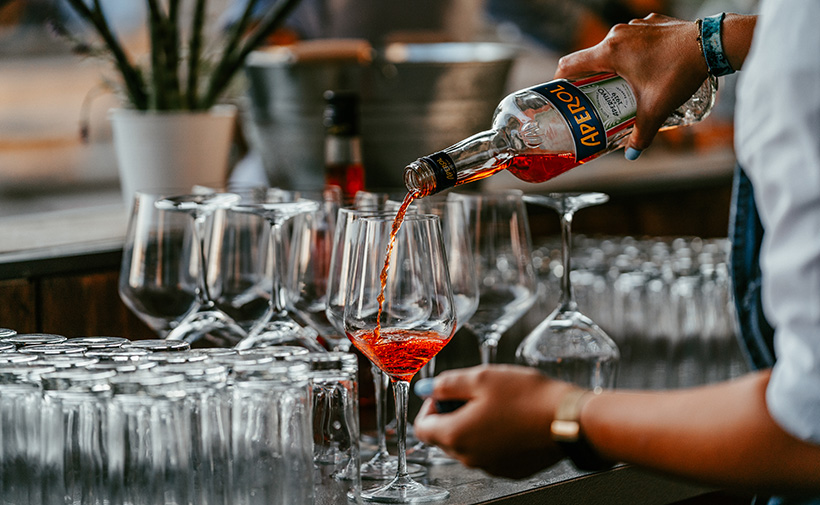 Also interested in moving into Merkhuis? We are happy to go over the possibilities with you. Please contact directly: 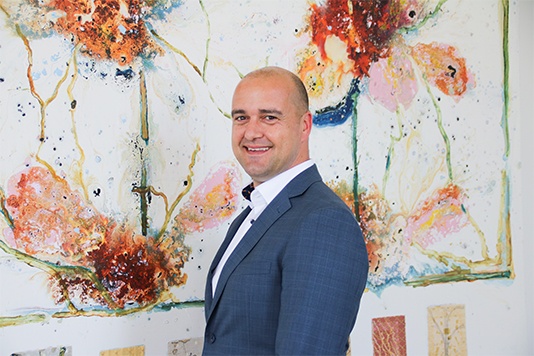