An inspiring place for entrepeneurs that want to build a strong community together with Kadans Science Partner.

Plus Ultra stimulates meetings, cooperation and knowledge-sharing between entrepreneurs in the knowledge-intensive sector.

Tailor-made spaces and shared facilities to support the innovative ecosystem.

Unique location on Campus Groningen, the center for innovation, research and entrepreneurship in North-Netherlands.

The place to be for start-ups, companies and knowledge institutions active in the fields of energy, technology and sustainability. The innovative center for North-Netherlands.

Campus Groningen is getting a new boost as a bastion of knowledge, research and innovation. A hypermodern building for hundreds of employees will be added. Kadans Science Partner is developing the new ‘Plus Ultra Groningen’ on the Zernike Campus. ‘Plus Ultra’ means “ever further”, in reference to the drive to keep innovating and improving. With a diverse range of offices, laboratories, test facilities, meeting rooms and places, this new building facilitates the formation of a strong community between all ‘residents’. A community that you as a new resident can be part of. Research and innovation in the field of energy, technology and sustainability will be the connecting force between all users.

One of the strengths of a multi-tenant building is the sharing of facilities. All facilities in the building are therefore made available to all users as much as possible. From the entrance with reception and lunch area to informal seating areas, meeting rooms and pantries on all floors. Each tenant rents a part of the general areas in proportion to their ‘dedicated’ size in relation to the total. It goes without saying that the leased space can be physically separated from the publicly accessible areas. In order to allow daylight to penetrate deep into all spaces, a large atrium is located in the middle. This atrium forms the beating heart of the building and enhances the quality of the experience for all users and visitors of Plus Ultra Groningen.

Some examples of our ecosystem services are:

The building is being developed with high sustainability ambitions. This ambition is translated to practical and meaningful measures. A PV-panel roof provides the building with electrical energy and heating and cooling are regulated through heat pumps, which makes a gas connection unnecessary. In addition, the flexibility of the building contributes to the circular principles and durability. With the sustainability measures that are taken, the aim is to achieve BREEAM-NL Excellent certification.

Campus Groningen is one of the oldest campuses in the Netherlands. Zernike Campus came into being at the end of the 1960’s, on the northern edge of the city of Groningen. The first buildings on the campus were dedicated to research and education in natural sciences and technology of the University of Groningen (RUG). Subsequently, knowledge-intensive companies and spin-offs from the university were established there. This created an ecosystem for intensive public-private cooperation with knowledge institutions, numerous companies and facilities such as the Innolab Chemie Groningen and the Zernike NanoLab Groningen. The Zernike Campus has a clear profile with a focus on energy, chemistry, life sciences and big data. For the approximately 150 companies, the high-tech facilities and the possibilities for collaboration form an excellent breeding ground for their products and services.

In less than six years, Campus Groningen has grown from a start-up campus to one of the largest mature campuses of national importance by 2018. In addition, Campus Groningen is the fastest growing campus in the Netherlands and the second largest campus in terms of total employment.

Latest news on Plus Ultra Groningen

Veggie Smooth will conquer the world and seduce adolescents to increase fruit & veg intake with a smoothie consisting of over 60% of vegetables. The intriguing project was the winner of the Food Boost

On Tuesday, May 10th, a TechTalk about ‘Battery Recycling’ was held during Battery Day at the Automotive Campus in Helmond. Moderator Tom Jessen discussed the subject with Janet Kes (Autorecycling Nederland), Jan van Meijl

The ability to get more power on the grid is limited. The energy transition, the desire to get rid of Russian gas and the increase of high gas prices have led to a surge

Read More
12Next
TO NEWS OVERVIEW

Would you like to know more about the possibilities in Plus Ultra Groningen? Fill in the form below or directly contact: 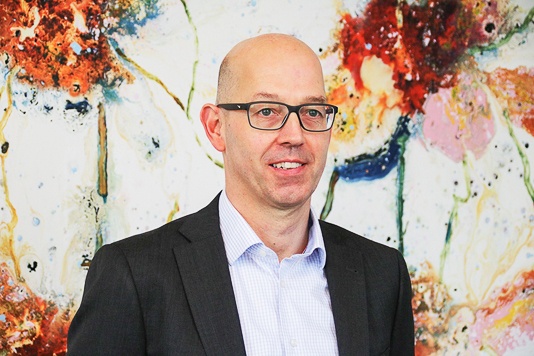