In 2020, Kadans Science Partner took on the renovation of the MMP building on the TU/e Campus. Last Thursday the renewed MMP was officially opened through a live streamed event.

Because of the current situation we live in, a physical opening event was obviously out of the question. To give the renovation of MMP and its official re-opening the attention it deserves, a digital event was organized to give everyone more insight into the renewed location. The event was streamed live from the new restaurant in MMP. Host Rudy van Beurden welcomed special guests Michel Leemhuis (CEO Kadans Science Partner), Bert Pauli (Chairman of the Supervisory Board Eindhoven Engine), Robert Jan Smits (President of the Executive Board TU/e), Stijn Steenbakkers (Councillor for Economy, Brainport, Education, Innovation and Sport at the Municipality of Eindhoven) and Paul van Nunen (Director Brainport).

The dated interior of the building has been updated and comfort and sustainability have been increased. The new open character of MMP stimulates users of the building to interact with each other and to strengthen knowledge exchange. New ideas often start during social interactions at the coffee corner. “We realized we needed to do more than just offer space. We need to create an environment where our tenants can be optimally successful. This is why we added additional services for our tenants, such as social and scientific events where people can meet so collaborations can be established”, said Michel Leemhuis on behalf of Kadans.

One of the main users of MMP is Eindhoven Engine, co-locating various projects at the location. “We bring together knowledge of the Eindhoven University of Technology, Fontys University of Applied Sciences and TNO, and together with the companies here we set up new projects for the market” said Bert Pauli, Chairman of the Supervisory Board of Eindhoven Engine. “Here we can meet other people that are also willing to set up new projects. Here they all come together: scientists, students, professors, entrepreneurs and investors. This is how we do it here in Brainport: open innovation.”

MMP is specifically aimed at supporting various high-tech start-ups. “The Eindhoven University of Technology is the biggest provider of start-ups in the Brainport region. Start-ups need to be facilitated and supported, which means providing affordable accommodation but also providing all the other services from property rights all the way to access to venture capital and mentors and coaches,” added Robert Jan Smits, President of the Executive Board of the TU/e. “You feel welcome when you enter the building so I think a lot of start-ups will find their home in this building.”

The municipality even hired a start-up officer to connect all the questions start-ups have to the developments in the city. Both Stijn Steenbakkers (Councillor for the Municipality of Eindhoven) and Paul van Nunen (Director Brainport) elaborated on the importance of stimulating entrepreneurship within the Brainport region. They suggest start-ups get in touch with both Eindhoven Engine and the start-up officer as well as to just contact other interesting companies to connect. “The ecosystem around high-tech, start-ups and large companies and the University of Technology is unique and I believe that’s where our true value is, not only for this region but for the Netherlands in the future,” said Stijn Steenbakkers.

The building was officially opened with contribution from one of the start-ups accommodated in MMP: the autonomous car from AIIM ‘cut’ the ribbon to declare the building re-opened.

Below you can watch the full live streamed event.

Do you want to come take a look at the renewed MMP yourself? Or do you want to know more about the opportunities for your start-up business? Please contact: 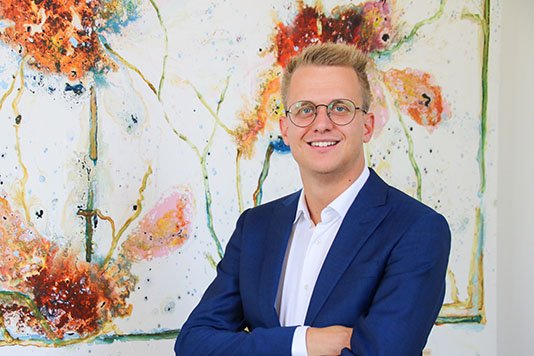