In April the construction of the Merkhuis on the TripleO Campus in Breda was started. Only a few months later the highest point has already been reached. Together with the partners involved, the topping out was celebrated on Thursday afternoon.

The success of the various  multi-tenant buildings on the TripleO Campus requires follow-up. That’s why Kadans Science Partner started building a new addition to the creative campus earlier this year: Merkhuis.

Merkhuis is located in between the other buildings. This makes it part of the heart of the campus. Now that the highest point has been reached, the various floors are clearly visible. Those involved gathered on the ground floor of the new building, after which there was a toast to celebrate the progress of the construction. The flag was raised by developer and operator Kadans Science Partner and future tenants A Brand New Day and Social Catch.

Merkhuis offers space to growing and established companies and organizations in the creative and innovative sector. The spaces are flexible, which means that every tenant can roll out their own creative concept. In addition, there will be communal meeting facilities and a central meeting space on the ground floor, in order to stimulate the local ecosystem.

TripleO Campus Breda
The TripleO Campus is the center for creativity and technology in Breda and the surrounding area. Professionals from more than 100 companies from different creative disciplines work together here. The combination of high-quality spaces and shared facilities, such as the communal outdoor space, studios, a grand café and meeting rooms, stimulate mutual collaboration. Kadans already owns several buildings on the TripleO Campus, and in addition to AV-Huis, Blushuis, Pakhuis and Posthuis, Merkhuis is now being added.

Want to know more about Merkhuis?

Do you want to know more about the possibilities for your company at TripleO Campus in Breda? Please contact: 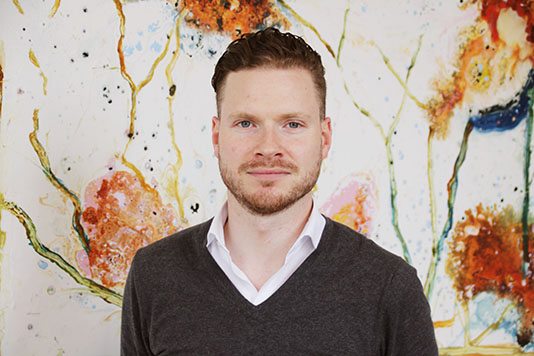